Does anyone remember when guestbooks were popular? :D

Back in the 90’s a guestbook was the height of style, your website had a few static pages, but then a magical link called ‘guestbook’ allowed people to post public messages and their name. The guestbook showed off how popular you were really!

Ooooo I have 300 guestbook comments how cool!!

Over time first of all you start getting spammy guestbook comments, oh what a pain I have to moderate my guestbook, and on top of that you have so many posts now that the concept is pretty meaningless. Just a lot of people saying ‘hi’, ‘I like your website’..

For some reason since the invention of Facebook, I always found their newsfeed to be like the 90s guestbook. Ok here are all the posts, some of this is quite spammy, and there’s actually too many posts there for me to make sense of anyway. 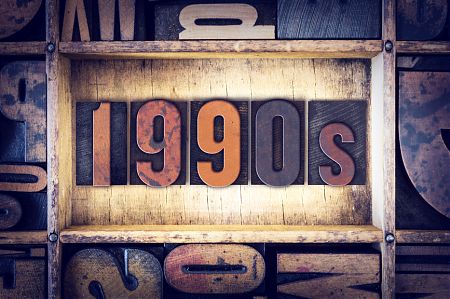 Like all social networks, the primary function of it is as an image uploading technology, sharing images non publicly, or publicly as is your choice, without image uploading Facebook doesn’t have much to offer. And it handles image uploading really well. I know a lot of people only have their images on Facebook without any of their own backup and are happy to delete those photos from their phones knowing there’s a copy on Facebook should they need it.

Video uploading, meh for me on Facebook. The maximum length of video uploads is 240 minutes vs 11 hours on YouTube (after account verification). I’m not sure Facebook is really going for the long length videos, typically 15 minutes or less is what works best on the social network. Videos do get higher engagement though and Facebook do tend to push for video content, which is fair enough, it’s more interactive and places Facebook as more of a media platform.

If it declines, what does it mean to businesses on Facebook?

Facebook is still a fantastic business tool, and if they can sort out some of the current issues around data / privacy for end users, it’s a great social network. However, flesh out your online marketing plan not to be too over reliant on Facebook. Go back to the basics, your own web site, your SEO of your website, and having your own internal mailing list to stay in touch with your existing and potential customers.

I would not be surprised to see massive growth in email marketing over the next 12 months, and essentially, that may be what the customer wants. An opt in email, they have chosen to receive it, it conveniently appears in their email, and it draws them into your website for the items and services they need.

Recently on Twitter a founder member of WhatsApp Brian Acton (which Facebook acquired), on the back of the Cambridge Analytica scandal posted the below:

It is time. #deletefacebook

To read more on the Cambridge Analytica scandal visit https://www.theatlantic.com

Twitter has just recently increased it’s character limit from 140 characters to 280. It had also implemented a ‘love’ button to indicate you liked a tweet, a small change but a nice one.

Jan 2018 Twitter reported it’s first-ever net profit. They are concentrating this year on removing spammy accounts and basically keeping the social network clean. Twitter is one network that while it may not have shown the massive growth of other networks, it does have it’s own very solid and reliable niche. And it’s one to always bear in mind, in particular for news agencies/current affairs.

Local based groups get a lot out of it and use various hashtags to chat and to meet up in their locale, so in this sense it’s a very useful networking tool.

Instagram is also going strong, but they are not immune, remember the controversy they faced in 2012 after a policy change update (Read about it here).

Instagram works really well for lifestyle based brands but outside of that niche it’s usefulness is limited.

YouTube as a marketing tool, still good, as a tool by which to earn income by allowing ads, well their recent update to only allow ads on channels with minimum 1000 subscribers, along with other requirements, makes it a high barrier to entry and massive investment of time for any newcomers wanting to build up a profit making channel.

2017 marked a tough year for many of you, with several issues affecting our community and the revenue earned from advertising through the YouTube Partner Program (YPP).

They are trying to protect their bigger providers income with this move, only time will tell how it will effect the network as smaller contributors cannot monitise.

First they implemented an update which was broadly hated by end users, and didn’t move on retracting the update. Maybe people would have gotten used to it I suppose is what they hoped, until Kylie Jenner posted the below:

sooo does anyone else not open Snapchat anymore? Or is it just me… ugh this is so sad.

This tweet wiped 1 billion off the value of the app!!! Read more.

Just when they were recovering from this, Rihanna tweeted the below:

Throw the whole app-ology away.

This was concerning a bigger controversy of an advert that Snapchat ran which was offensive to Rihanna and all victims of domestic abuse. Snapchat subsequently issued an apology.

I won’t chat too much about linkedin in this post, it’s a fabulous professional based social network and again it’s a great way, similar to Twitter, where you can connect with your real life local contacts.

Of course they still suffer with the problem of spam messages getting through (A lot of unsolicited recruitment type messages there), but they do seem to have cleaned that issue up well in the past few years.

What is the common thread with the issues on social networks

An interesting new social network working on a different model is attempting to rival Facebook. In this case a certain number of early adopters will get the app for free, and after that end users will pay to use the network, however the trade off being that their data will be their own.

This new app is called Vero, and it is using the discontent among end users of other networks in order to offer a different social media model.

DUE TO EXTRAORDINARY DEMAND, VERO EXTENDS “FREE FOR LIFE” OFFER

We’d like to thank all of you for your support and belief in the need for a Truly Social Network that celebrates people’s passions without algorithms, ads, or bots.

As promised, our first million users have access to Vero free for life. However, given the service interruptions we experienced from the large wave of new users, we are extending that offer to all new users until further notice.

We will confirm the start date and pricing of Vero subscriptions soon.

We value your trust and thank you for your continued support.

You can read more about Vero at https://www.vero.co/

Is there an inherent societal shift occuring?

Do you think there is a shift away from the very technology we have created? Will social networks start to see an overall decline based on the performance issues above?

Tweet me @proximowebs I would love to hear your thoughts!

You're a busy business owner, and we are here to help. We create bespoke brochure style websites, we design and launch Shopify e-commerce websites and we offer SEO monthly packages that include SEO audits, content planning and social media.

Click below to chat to Hilary now and get instant free advice!